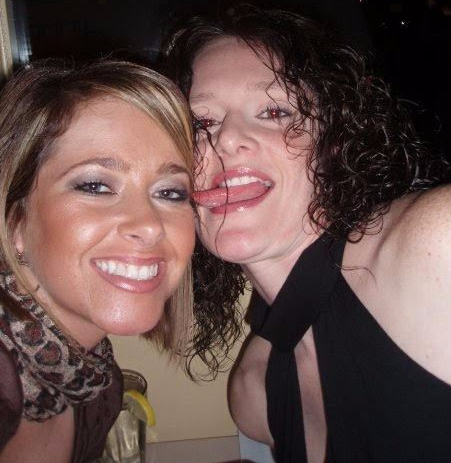 Four words that would change my life forever….”You have Adrenal Insufficiency…”

Hi, my name is Jen and I have an incurable disease. How’s that for sounding as though I am at a 12 step program meeting? In March of 2016, I was diagnosed with Adrenal Insufficiency, also known as Addison’s Disease. I had no idea how four words would change my life so drastically. But my journey didn’t start there. Let’s back up a bit….

It was New Year’s Eve of 2008. My ex husband and I went to Los Dos with our best friends to celebrate. Before our drinks or food came, I suddenly got a stabbing pain in my stomach and had to run to the restroom so that I didn’t puke all over the table. We left the restaurant and I continued to puke for several hours. The pain was so awful that my ex husband decided to take me to the emergency room, in fear that I had appendicitis. The doctor ran tests, gave me nausea and pain meds, and said “I have no idea what’s wrong with you…” Little did I know that for the next 8 years, I would hear that sentence over and over again. Little did I know that when I woke up on December 31, 2008, that would be the last day I would ever wake up not sick. Little did I know that my life was about to change forever.

The next 8 years of my life were spent in and out of emergency rooms, doctors’ offices, specialists’ offices and more hospital rooms than I can remember. I felt like a human lab rat. Hundreds of tests run, multiple different medications given to me that didn’t work, and doctors that either guessed at a possible diagnosis or simply decided that it was all in my head and I was just drug seeking. I literally felt like I was dying. I constantly had nausea and pain in my stomach. I went through long periods of time where I couldn’t even keep down water. I had uncontrollable anxiety, brain fog, low energy and I kept passing out and not breathing, for no apparent reason. My ex husband left me, the majority of my friends disappeared, my career fell apart and I could barely take care of my kids, let alone myself.

Fast forward to March of 2016. I was admitted into the hospital. This was nothing new to me, as I had come to refer to the hospital as my second home. However, one thing was very new to me….a doctor that refused to let me leave without figuring out what was wrong with me. Her name is Dr. Lam and I honestly don’t believe I would be here today if it were not for her persistence. Unlike all of the other doctors who had treated me in the past, Dr. Lam looked at my records and decided to run tests that were not already run a thousand times before. I was cautiously optimistic for the first time. She decided to discharge me, while waiting for some tests to come back and promised that she would call with the results. And when that call came in, my life would soon be changed.

“You have Adrenal Insufficiency…” Come again?? She started talking about cortisol levels and how I needed to see an Endocrinologist and be placed on corticosteroids right away. It was as though she was speaking to me in another language, yet I was so excited. As she was talking, my brain started to race. Could it be that this is the answer? Will I really be better if I just start taking medications? Will I finally feel normal again? I hung up and called my doctor right away. She had me come in that day and started me on Hydrocortisone. She explained what Adrenal Insufficiency was and gently told me that there was no cure for it and that I would be on corticosteroids for the rest of my life.

I was ecstatic that I was finally diagnosed! If taking a few pills every day would make me feel normal again, sign me up! I gladly had my prescription filled. I told all of my family and friends and everyone who had known how sick I was for years about my new diagnosis. This was it….my prayers had been answered! I had no idea that those four words would change my life forever, and I was about to embark on a whole new journey that I refer to as “My New Normal…”

After over 8 years of being incredibly sick, being told it was all in my head, dragging my kids to the hospital over and over again, I was finally diagnosed with Adrenal Insufficiency, also known as Addison's Disease. I've started this blog to share my journey and to help educate and bring awareness about not only Addison's Disease, but every other rare disease in which case patients are fighting to find a diagnoses to their symptoms. View all posts by Jen Hudnall

10 thoughts on ““You have Adrenal Insufficiency…””

Welcome to my Blog

My name is Jen and this blog is about my journey with Adrenal Insufficiency.